Nasa’s project “Curiosity Rover” photographed a spectral dust devil swirling around gale carter. The Rover has captured the image on August 9. The dust devil is 96-mile-wide (154 km); dancing through the Gale crater. Nasa’s team has stated that these dry whirlwinds are surging inside the crater. Claire Newman, an atmospheric scientist says, ‘the atmosphere at the Gale crater is too hot which puts the dust heating at the maximum temperature that causes a significant rise of dust.’

Newman describes that the hot Mars surface produces strong convection and convective vortices that give rise to whirlwind at low pressure. She further describes that if those vortices are hot enough, they can raise the spectral dust devil up to the maximum height. These whirlwinds rise quite often but they are invisible most of the time. Curiosity photographed those images when they are strong and visible, Newman said.

Nasa launched a historic voyage to Mars on Nov 2011 which carried a car-sized rover named Curiosity. Since then, the rover has been continued to explore Martian climate, geology,  weather, water, planetary habitability, and more. The rover is still operational as of September 1, 2020. Recently, Nasa has launched another rover named “Perseverance (rover) on 30 July 2020 at 7:50 am EDT. It will be landing on Mars’s surface on 18 February 2021. The goal of Perseverance is to study the Martine surface at Jezero crater. It is integrated with several scientific instruments, cameras, microphones that make it more efficient than the Curiosity Rover (mission 2011). 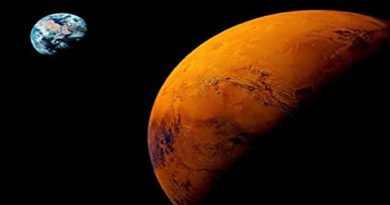 Facts about Mars That You Should Know About