Theoretically, the human mind is not less than the universe which has no ending point. The moment curiosity and requirements hit the mind, the moment it starts hunting the answer. With the arrays of research to fulfill the quest, humans have reached the point where they can pursue the cause of their own existence. Yeah! Our scientists have reached close to anti-aging treatments, and some of them in fact discovered the treatment which human beings have been hunting for long. So, if you are a bit curious about how close we are to discovering anti-aging treatments, let your curiosity get rolling, and be cognizant of yourself.

In the way of anti-aging research, Israeli scientists made the biggest breakthrough. Scientists at Tel Aviv University in Israel have finally succeeded in reversing the human aging process. The extensive research paper was published in Aging Magazine of the Impact Journals. This publication is all about the studies of aging and its reverse process.

In the research, a team of Tel Aviv University’s scientists has found a way to reverse the aging process in humans by using a hyperbaric oxygen chamber. Their clinical trial was conducted on 35 adults who were more than 64 years old.

According to the journal published in Aging Magazine, the scientists conducted a clinical trial in the Shamir Medical Centre in Israel. They gave pure oxygen to the volunteers while keeping them inside the hyperbaric chamber. The regular oxygen therapy worked wonderfully. The scientist found that the telomeres of the volunteers increased by nearly 20 percent. It is one of the greatest discoveries in medical history. Furthermore, it has also been observed that increased length of telomeres matched with the telomeres of the volunteers who had it 25 years ago. This is the biggest breakthrough in anti-aging research on humans. A study, published in the Journal of Investigative Dermatology, has found that the activity of mitochondrial complex II significantly decreases in older skin.

This discovery brings experts a step closer to developing powerful anti-aging treatments and cosmetic products which may be tailored to counteract the decline in the enzyme’s activity levels. This also lets the scientist understand how other organs in the body age. This helps to pave out the way for developing medicine for age-related diseases including cancer.

In this regard, Mark Birch-Machin, Professor of Molecular Dermatology at Newcastle University who led the research, said: “As our bodies age we see that the batteries in our cells run down, known as decreased bio-energy, and when it happens, harmful free radicals increase.

“This process can be easily stopped in our skin as increased fine lines, wrinkles and sagging appears. Our study shows, for the first time, in human skin with increasing age there is a specific decrease in the activity of a key metabolic enzyme found in the batteries of the skin cells.”

Another researcher Dr. Bowman, the Research Associate at Newcastle University’s Institute of Cellular Medicine, said: “it has long been thought that mitochondria play an important role in the aging process, however, the exact role is yet to clear. But our research brings us a step closer to understanding how these vital cell structures may be contributing to human aging.”

Other than that many research groups are working vigorously on anti-aging treatments. Among them, many have succeeded to overcome many age-related diseases that cause fast aging and premature death. Experts believe that in the upcoming decades we may have widespread anti-aging treatments. 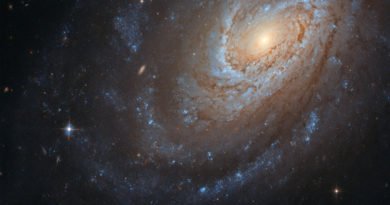 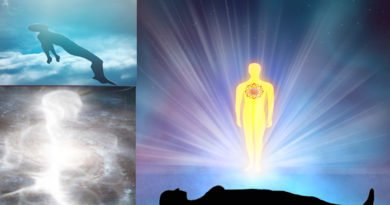 Scientist Explains What Happens After Death

9 thoughts on “With the Fast Pace of Anti-Aging Research How Long Humans Can Be Alive in the Upcoming Centuries?”