It was a dark and horrible night, there was quiet all around except the rattling sound of the train which was striking on the ears as if splitting the darkness and moving ahead as a fearless rider. The train was full of passengers. Exodus in the event of an unknown pandemic was impelling people to migrate from the city to their homes. There were a large number of workers who were sleeping on the train’s floor, some were laying on seats and some just slept holding their bags and baggage.

It was around half-past twelve. A few passengers including me were still awake sticking to their mobile phones. I was traveling in sleeper class on the middle-birth. My eyes were getting tired of watching movies. I just plugged out the earphone and was about to sleep, meanwhile someone tickled my leg. I startled and saw a little girl pointing towards someone. I unwillingly sat up and gave an askance up to a little distant from my seat. A middle-aged woman was lying on the floor with her baby; it seemed like she was moaning with pain. Her husband (seemingly) held her hand and was constantly solacing her.

I got up from my seat and went near them. ‘What happened’ I asked them softly.  ‘I don’t know Babu (A gentleman), but she is going through some kind of problems’, he replied. Wearing torn and filthy clothes, she was wriggling with pain on the floor. A baby covered with a bedsheet was sleeping beside her. “Is your baby good”, I asked again. “Yeah! She is sleeping”, he replied with stealing eyes. That little girl was standing numbed; close to me, gazing at me and his father in turn.

‘Babu, do you have some kind of medicines?’, he optimistically asked. Yeah… no… I don’t have that, but the station is about to come. Hopefully, you would get some at the station”, I stammered. “But let me call the railway to help you out”, I replied. I tried to call, but it was unreachable. I looked for TC and Doctors by profession in the bogie but found none. I also checked the next station but found no one in the next couple of hours as that was the special train.

The train was running at full speed. Its clattering sound was becoming more fearful with the pitch-black outside. ‘Bubu, how far is the station’, he asked again. His eyes were full of tears, he was desperately looking for something that minimizes her pain in anyways. Nobody in that bogie cared; nobody was going near to them. Perhaps they all were afraid of the deadly pandemic.

“Bhaiya…, please do something”, that little girl whispered. Yeah, Chhoti (younger sister)…  I remembered there might be some painkillers in my bag. I came to my birth, fetched my bag and searched for some pain killers, and fortunately found one. “I found medicine”, take it… I tried to hand that over to her, but she ran towards her mother. Hey! I pursued her and gave that to his father, ‘this might help’.

Taking medicine from my hand, his eyes lit up. ‘Hey! Look! This Babu gave us medicine, take it now!’ He got her up with the trembling hands and helped her take the medicine with a filthy looking bottle. She seemed almost fainted, she was barely speaking. She was constantly looking towards her baby sleeping beside her. She looked into my eyes as if she was hiding something. But she laid down again. ‘This will help’; I gave my condolence to his father. I looked towards that little girl but she was not there. I was surprised a little but I came back to my seat and slept.

I felt that someone was tickling my leg again. Uf! I was annoyed; I gave an askance, it was the same woman who I had given medicine to. What? I asked. ‘She pointed towards someone’. I took a look at my phone; it was 3 ‘O’ clock. I didn’t want to wake up, but I reluctantly got up and went near them again.

I saw a baby and a woman were sleeping on the floor; they were covered by the sheet, so I didn’t bother to ask. Now, her husband was looking sick. He was moaning in a slow faint voice. ‘What happened’, I asked him. ‘I don’t know babu, but it pains and is choking my neck’, he replied. He was barely speaking. I felt pity for him. I gave him sympathy and looked at his wife who was quietly standing beside me.  I came to my birth again, had medicine, a water bottle, and some biscuits that I always carry in my bag while traveling and gave that to him. Thank you! He blessed me after taking stuff from my hand. I didn’t see that woman around at that time, but as I was half awake, I came back to my birth and slept without heeding her.

“Child chuckle! Mommy, we have reached our destination. Hey! Don’t run, pack your baggage now! Their voices were falling onto my ears. ‘Hey! Look Bhaiya (brother) is still sleeping’, the little girl giggled, meanwhile all three, child, her mother and father came near my leg, shaking and waking me up. Hey! Babu, our destination has arrived. Wake up! Wake up!”

I got up from slumber! Uf! It was a morning dream! In the meantime, I heard the noise; I raised my neck to look that up. I saw there was a throng, murmuring in a slow and muffled voice. ‘What happened brother?’, I asked a passenger standing close to me. “A family had died due to the pandemic, nobody wants to touch their bodies”, he replied. ‘Whose family?’, I asked again. “A mother, father, and their 2 years ‘old daughter”, he said.

I recalled the night’s incident for a moment and was suspiciously went to see them. And once I saw their corpses lying on the train’s floor at the same place where the child and her mother were lying, I felt the ground slipping under my feet. I stuck numbed for a while, terrified and shocked… The child and his mother had already died before they came to me for help. Perhaps, due to the contagious disease, they didn’t want to tell anyone. All they wanted was to go home first.

I went close and kept staring at them. I felt guilty that perhaps I could have helped them more, perhaps I should have seen their compassion and shared their pain by being together for a little longer, perhaps I could have recognized their wealthy heart even though they are poor enough to hold the suffice for their journey. In anyways, their journey had come to end now, their bodies were being taken. Finally, they had reached their home! 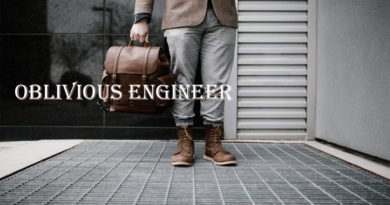 23 thoughts on “The Exodus”